Home > News > Save the date! Films on the Green at MIT and Vermont

Save the date! Films on the Green at MIT and Vermont

FILMS ON THE GREEN MIT

A refreshing comedy and hilarious spoof on the spy genre, this film stars Academy Award winner Jean Dujardin as secret agent OSS 117 and illustrates his many adventures in Egypt in 1955. 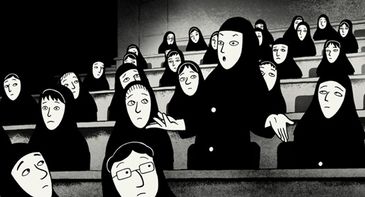 This animated film tells a poignant coming-of-age story, amidst war, repression and family tragedy, of a precocious and outspoken young Iranian girl. Still relevant today, her story is moving, exhilarating, and depicted beautifully.

“...whimsical and daring, a perfect expression of the imagination’s resistance to the literal-minded and the power-mad, who insist that the world can be seen only in black and white.” The New York Times

FILMS ON THE GREEN VERMONT

This film event is completely free and open to all. This year, Films on the Green in Vermont, co-presented by the Cultural Service of the French Embassy in the U.S. and UVM’s Department of Romance Languages and Linguistics will take place at the Burlington City Hall Park (149 Church St, Burlington, VT). In case of rain, the screening will take place Friday, September 12th. If so, there will be a notification on this website before noon on the 11th. All movies will be screened in French with English subtitles. 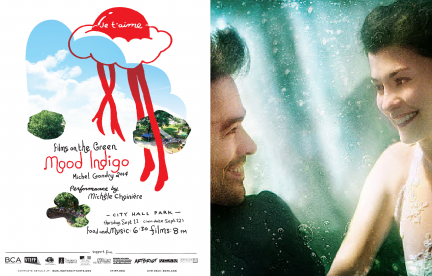 This film tells the tale of a young couple living in a surreal Paris. The couple’s joyous courtship is tested by an unusual and deadly diagnosis. Starring Audrey Tautou and Romain Duris, and adapting the classic novel by Boris Vian, Mood Indigo is a true return to form for director Michel Gondry: an exuberant celebration of his trademark craft, ingenuity and distinct visual style.