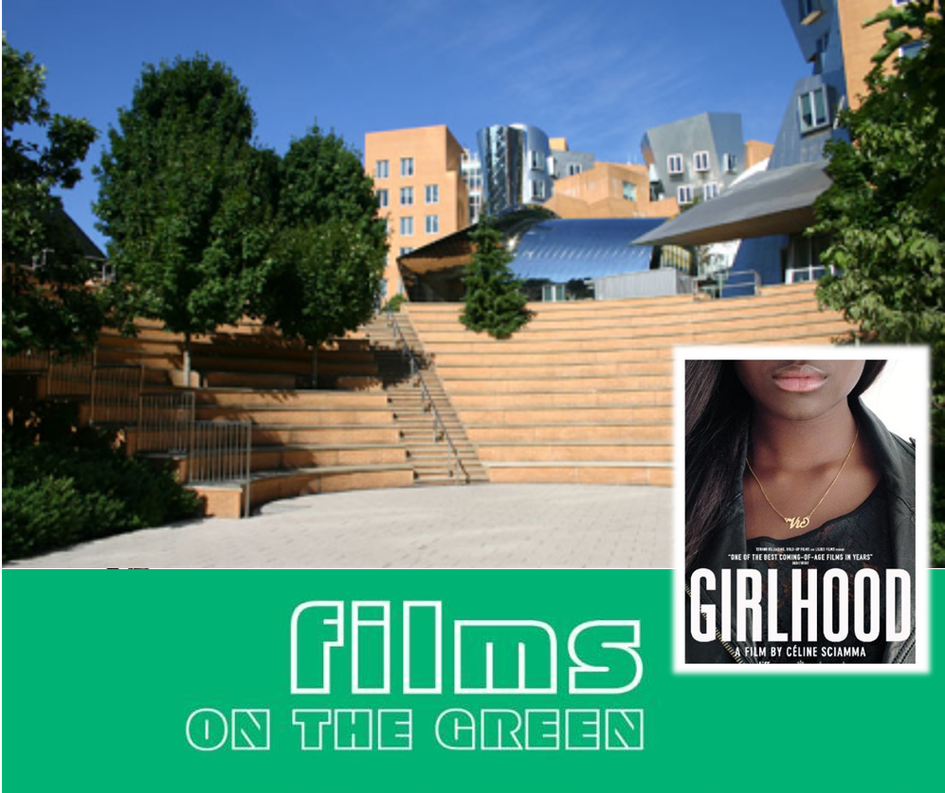 Films on the Green at MIT // An outdoor French Film Series At the Dertouzos Amphitheater behind the Stata Building (32 Vassar Street, Cambridge, MA)

Céline Sciamma’s Girlhood is an insightful and powerful “coming-of-age story” (The New York Times) about a young girl, Marieme (Karidja Touré), growing up in the housing projects outside Paris. Fed up with her abusive family situation, lack of school prospects and the “boys’ law” in the neighborhood, Marieme starts a new life after meeting a group of three free-spirited girls. She changes her name, drops out of school and starts stealing. The film was commended for its groundbreaking representation of women in the banlieues, rarely portrayed on the French silver screen, and its astute depiction of teenagerhood.

Rain location: 34-101 Films brought to you by MIT-France, the French Consulate in Boston, MIT Global Studies and Languages & Le Club Francophone. Special thanks to Ipsen & Sanofi

With the support of Paul USA