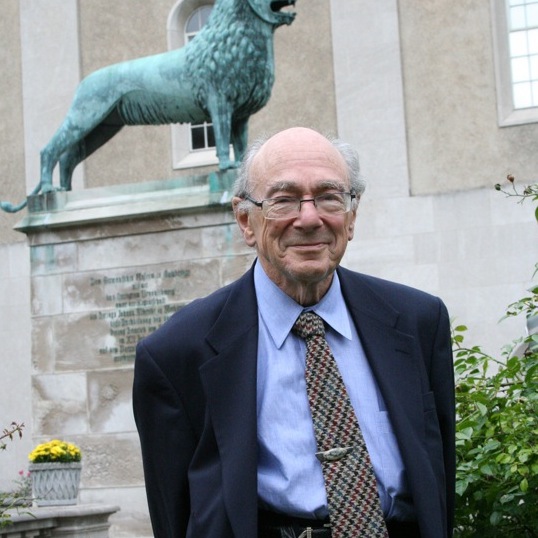 It is with great sadness and a heavy heart that we learn of the passing of Stanley Hoffmann, a French-educated political scientist and foreign-affairs analyst who perceptively interpreted France and the United States to each other. He died this weekend after a long illness at his home in Cambridge, Massachusetts. He was 86. Professor Hoffmann will be remembered as the most famous French personality in the American academic world. His very intimate links with political and academic figures both in France and in the United States and his sophisticated and broad knowledge of contemporary France made him a remarkable transmitter between his two countries. As one of the most eminent members of the faculty at Harvard University as well as the founding Chairman of the Center for European Studies, he was the source of a continuous flow of exchanges and high-level visits between France and the United States, and we will continue to benefit from his legacy every day. Hoffmann was born in Vienna in 1928 and was taken to France by his mother a year later. Austrian by birth and partly Jewish by heritage, he fled from his home in Neuilly in the days preceding the arrival of German troops, to the city of Nice, where he had spent his childhood. On returning to Paris in 1945, he entered the Institut d’Études Politiques where he eventually took his doctorate, but not before a first sojourn at Harvard in 1951. He became a French citizen in 1947. After military service in France, Mr. Hoffmann was invited back to Harvard in 1955 and taught there for more than half a century, roaming freely across the disciplines of history, international law, sociology and political science to address pressing issues in international relations and foreign policy, particularly the relations between France and the United States, the nations he knew best.

In addition to introducing several generations of students to European thought and culture, he founded what is now the Minda de Gunzburg Center for European Studies in 1968, one of his enduring legacies, and was one of the creators of the social studies concentration. He was the center’s chairman until 1995.

Writing in French and English, he brought a passionate engagement to questions that grew out of his early experiences in the Europe of the 1930s and ’40s, notably in a series of works regarded as models of clarity and analytic sophistication, such as “The State of War: Essays on the Theory and Practice of International Politics” (dedicated in 1965 to his mentor Raymond Aron) . In addition to his works in English on international relations, Mr. Hoffmann wrote many books on specifically French subjects, including “Le Mouvement Poujade” (1956), on the populist, anti-tax Poujade movement of the 1950s; “Decline or Renewal? France Since the 1930s” (1974); and “Sur la France” (1976). He has also been an incisive and influential commentator on contemporary politics, writing regularly for renowned periodicals.

This great American intellectual who defined himself as “culturally French” will be deeply missed. We convey our most heartfelt condolences to his wife and family.