Home > News > The Etoile is coming to Boston!

The Etoile is coming to Boston! [fr]

In commission since 1932, the Etoile is a French naval ship whose primary purpose has been to train French naval forces and has been preserved even through decades of use. 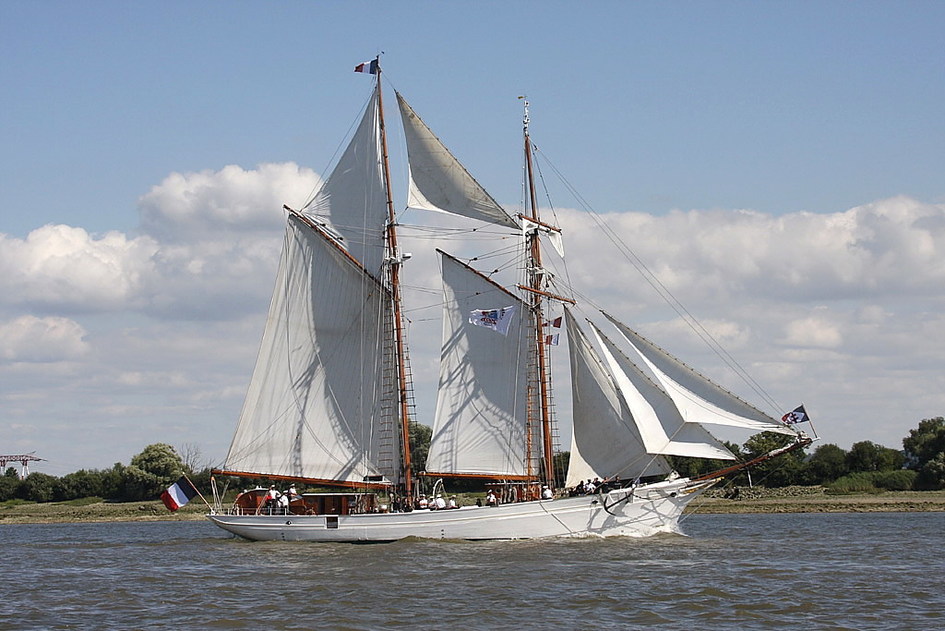 The Etoile is coming to Boston! Part of the training of French naval officers since 1932, the Etoile was specially commissioned with the model of a schooner in mind — boats designed for cod fishing in Iceland at the beginning of the 20th century.

The Etoile will be docked in Boston Saturday, June 4 and Sunday, June 5. The ship will be open to visitors on this weekend from 10am-12pm and again from 2pm-5pm. This visit is free and open to all. Visitors will be searched before being permitted aboard the ship. Thus, it is strongly recommended that visitors do not bring large bags or objects with them.

The Etoile has a Facebook page — please do not hesitate to refer to it for any and all questions!

The care given to its construction has allowed them to be preserved through decades of use, even seeing through the training of the Free French Naval Forces in World War II.

Manned by a crew of petty officers, seamen, and students, the 37.5-meter long Etoile is able to go 6 to 8 knots on average, going as fast as 12.5 knots on sail. The Etoile is the 15th ship of its namesake — the name itself dates back to the Battle of Saint Martin de Ré nearly 400 years ago, on October 26, 1622.

Captain Remi de Monteville hails from Pau, a commune in the Aquitaine region of France. He joined the French Navy after finishing his secondary studies in 1991. He has served on at least ten ships in his 25-year career and was awarded with the National Order of Merit and Legion of Honor with the rank of Knight. de Monteville is married and is the father of seven children.

Lieutenant Grégoire Bert attended the French Navy Non-Commissioned Officers’ School in 1999 and specialized in navigation. He has served on at least seven ships and was designated Commanding Officer of the Etoile in 2015. Bert has been awarded the Gold French Defense National Medal and the French Commemorative Medal among other honors. Bert is married and is the father of six children.