Home > News > The Grand Paris is taking a step toward the future!

The Grand Paris is taking a step toward the future!

Since January 2016, Paris and its suburbs are united into the Metropolis of Greater Paris, “Grand Paris”. This metropolis gathers 7 millions of residents and represents 25% of the French GDP. It is also the first economic region in Europe!

The Greater Paris does not only give more power and visibility to Paris itself, but it enables this new metropolis to shape the future by leading large innovative projects, focusing on transport, urban design, research and education as well as economic development.

For a few minutes, forget about the well-known black and white postcards and the accordion music! And jump into the Paris of the Future!

The Grand Paris Express is a new public transportation system designed to connect the different parts of the metropolis with the ?le de France region, and to enable quick connections with the international airport, Roissy-Charles de Gaulle. In 2030, 205 km of new lines will be operating, as well as 68 new railway stations. By then, city planners are expecting 2 millions commuters daily across the Grand Paris Express.

This transportation system is also meant as an innovative project for sustainable development. In particular, it focuses on reducing its energy usage and recycling its wastes while preserving the natural sites the railway will come across. The impact of construction work on the environment will be compensated, and some stations will produce their own electricity.

The new station Saint-Denis Pleyel is not only a beautiful futurist building but also a fun place tomhang out! Kengo Kuma, the architect, also designed it as a place for people to meet and to gather, as it will stand in a former industrial neighborhood now characterized by its social diversity. The station shall therefore encourage different communities to live together by creating a beautiful public space. At the same time, city planners believe this station will be one of the major crossroads of the transportation network with 250 000 commuters each day, which will give a new impulse to this neighborhood.

Paris is encouraging city planners and architects to invent new ways to build the city. The focus is put on the necessity to densify the city while providing more housing to the metropolis’ residents. But sustainable development is also a very strong element which influences the different projects. The aim is also to create more connexions between the different places and their residents, by breaking down some of the existing urban boarders (big roads, railways, rivers that separates some areas from the core of the city) or by proposing new public spaces where people can socialize. For example, some community gardens will be planted, in an effort to bring people together while learning how to invent a new kind of agriculture.

This year, Paris designated 23 sites to be reinvented by architect. After an international competition, the best projects were selected. Below are 3 very exciting projects presented on the website of Reinventer Paris. They also are some good examples of the architectural trends made visible through this competition in Paris. Architects have been especially focusing on three questions: how to make something new with an old building ? What can architects do in favor of a sustainable city ? How to create more connexions between different neighborhoods ? 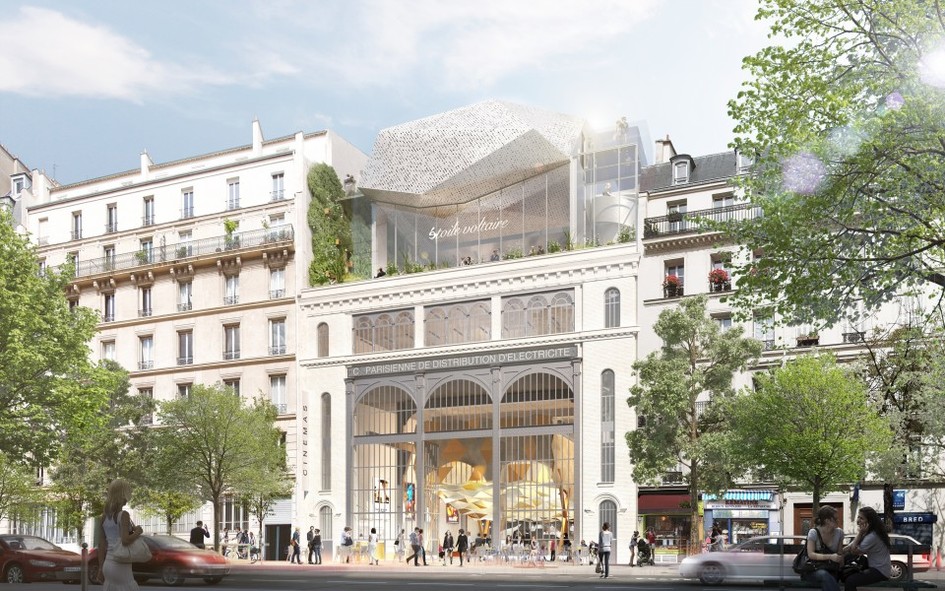 This former electricity station will host a cinema. The architects (Olivier Palatre Architectes) decided to conserve and restore the beautiful old facade, with its huge iron doors and its industrial look, while adding modern spaces. The cinema rooms will be visible from the outside as big floating-like structures breaking with the rigidity of the facade, and there will be a café in a brand new green rooftop terrasse. 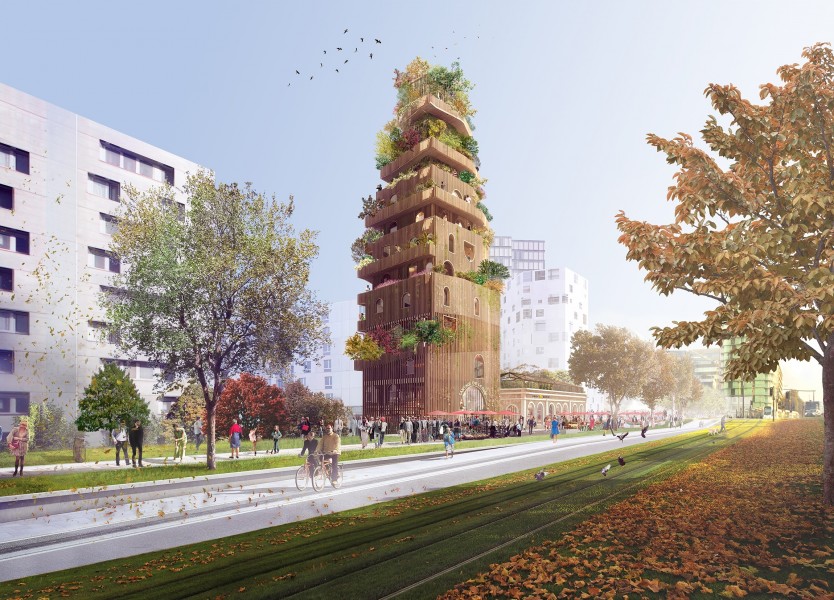 Masséna was a railway station, and is now abandoned, though located in a very dynamic area with lots of new offices and cultural activities including a university. The station will be renovated and modernized through a green rooftop, and will host some shops. It will be linked to a new tower, with an asymmetrical style, some wooden facades and different sized windows which will evoke something natural and alive, like a beehive. Several green terrasses and vegetal walls will allow the planting of organic vegetables, as well as educational workshops devoted to ecology.The aim is to promote a sustainable agricultural cycle in an urban environment.

This under-used site with its quite old-fashion design will be modernized thanks to the collaboration of several architects and landscape gardeners. They want to build a bridge-building to connect Paris with its suburbs by enabling people to cross the "Périphérique", the circular highway around the city. In the building, 1000 trees will be planted to break this urban boarder, to fight against the highway’s pollution and to propose a place for people to get together. On the project’s pictures, Pershing looks like a big glazed Noah’s ark, with a village and a forest on its deck, where everyone can come to do some shopping, to work, or simply to cross the "Périphérique".

A new hub for scientific excellence!

The Greater Paris offers a strong support to research and education! In Paris-Saclay, for example, the metropolis is creating a cluster which will represent 20% to 25% of the French research sector. The project aims at regrouping research centers, major French "Grandes Écoles" like École Normale Supérieure or École Polytechnique, universities and private companies to create a scientific hub similar to the ones existing in the United States. 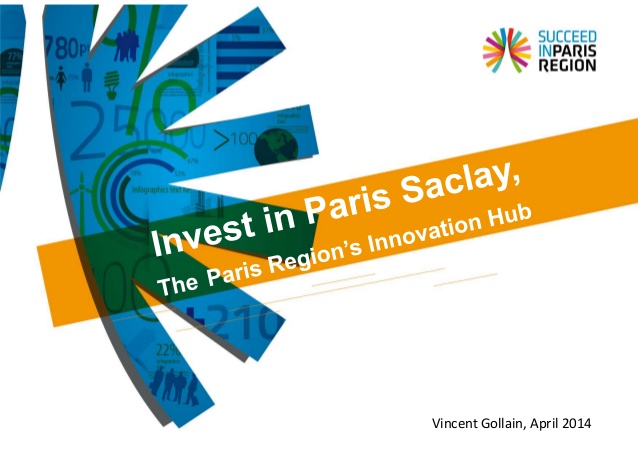 Paris has applied to host the 2024 Olympic Games, proposing its most emblematic monuments for the competition. Fencing would happen under the glass roof of the Grand Palais, equitation in the Versailles Parc, beach-volley under the Eiffel Tower! The aim is to bring the Games in the city through various animations and to create an exceptional environment for the athletes.

Paris is also innovating for the organization of this international event: it will be the first collaborative Olympic Games, which means that the population is able to expose its vision for the Games and to be part of the decision process.

From left to right: the glass roof of the Grand Palais, Paris’ logo for the 2024 Olympic Games application; the Eiffel Tower.

The Greater Paris also applied for the organization of the World Expo in 2025. Its project is to create a World Village hosting foreign countries’ delegations around the biggest earth globe ever built: a 124 meter diameter glazed sphere!

Around the village, gardens will celebrate the French art of gardening while highlighting new ecological methods to promote biodiversity, water recycling or soil decontamination. Major cities such as Lille (in the north), Marseille (in the south) or Reims (in Champagne) will be connected with the Parisian event, hosting forums on universal challenges.