“The Last of the Unjust”- March, 30 (Special Advance Screening) 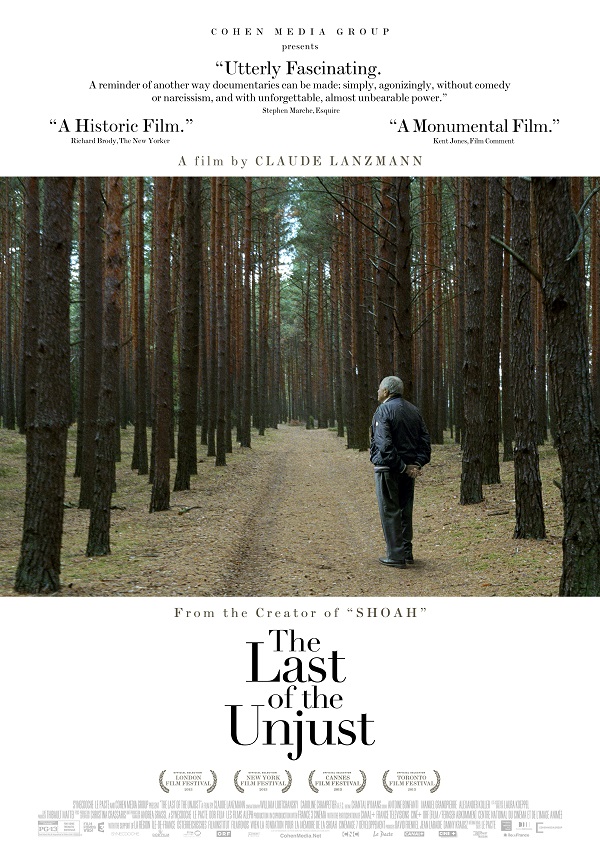 “The Last of the Unjust”, Special Advance Screening

With "Shoah", Claude Lanzmann re-oriented our understanding of the defining event of the 20th century. 30 years after that cinematic milestone, Lanzmann does so once again with "The Last of the Unjust".
At the center of The Last of the Unjust is Benjamin Murmelstein. A rabbi in Vienna following the annexation of Austria by Germany in 1938, Murmelstein fought bitterly with Adolf Eichmann, week after week for seven years, managing to help around 121,000 Jews leave the country, and preventing the liquidation of the ghetto.

"Utterly fascinating. A reminder of another way documentaries can be made: simply, agonizingly, without comedy or narcissism, and with unforgettable, almost unbearable power." -Esquire