The Startup Tour 2017, co-organized by French Founders & French Morning, is a startup contest which rewards the most innovative French startup with growth and development assistance in the US market. 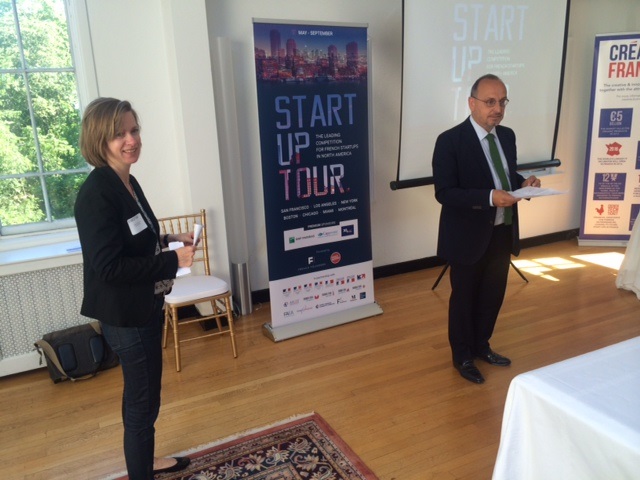 On June 15, 2017, at his residence in Cambridge, Valéry Freland, Consul General of France in Boston, invited State of Massachusetts and City of Boston officials, such as Massachusetts Office of International Trade and Investment (MOITI) Executive Director Mark Sullivan, to attend the 1st French Startup Tour in the US co-organized by French Founders and French Morning.

6 French startups were selected to pitch in front of a jury of leading experts in business and the tech industry.

The winner will now go to the finals in New York in September 2017. The 1st Prize that will be awarded during the finals is worth up to $100,000! 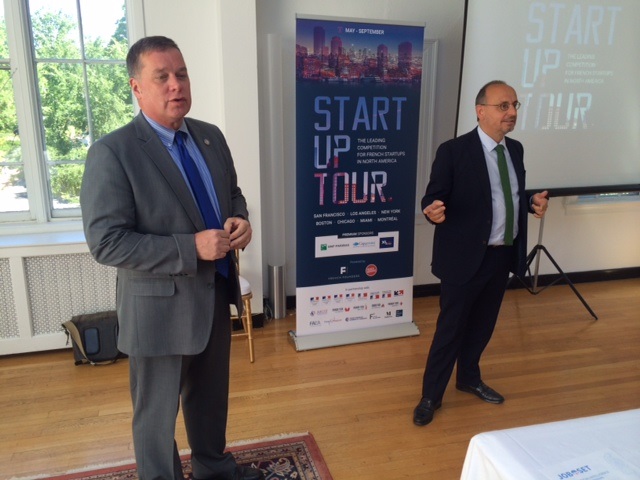 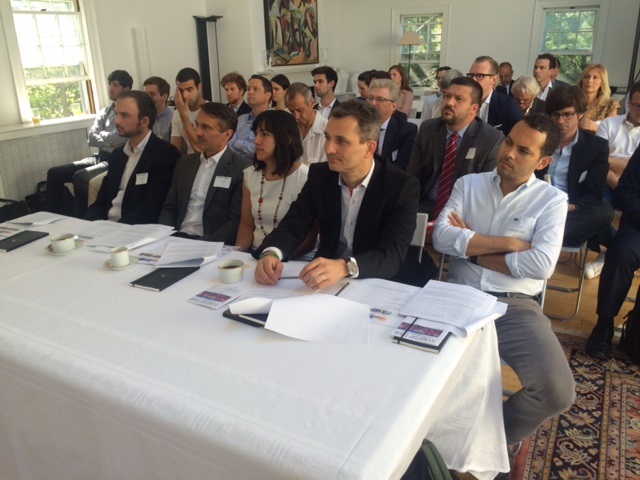 The 6 most innovative French startups in competition for the Boston area: 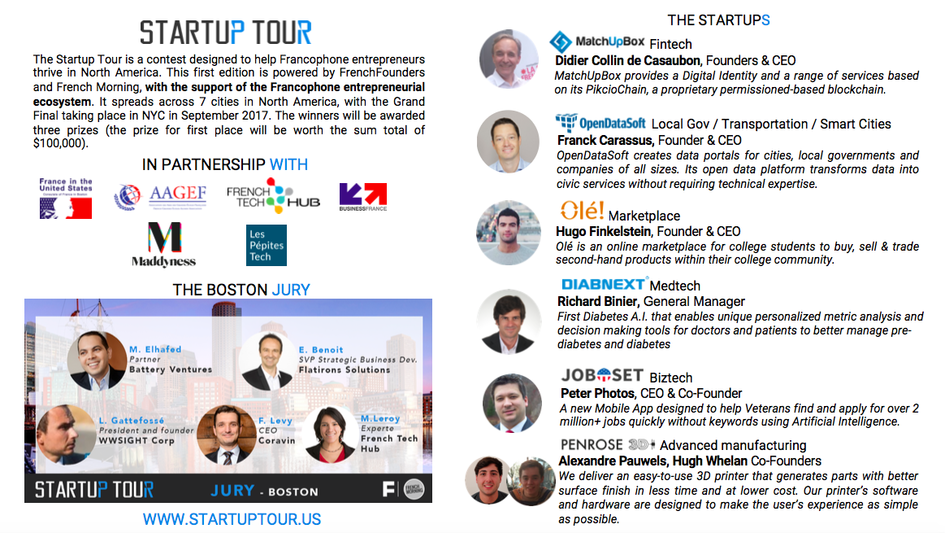 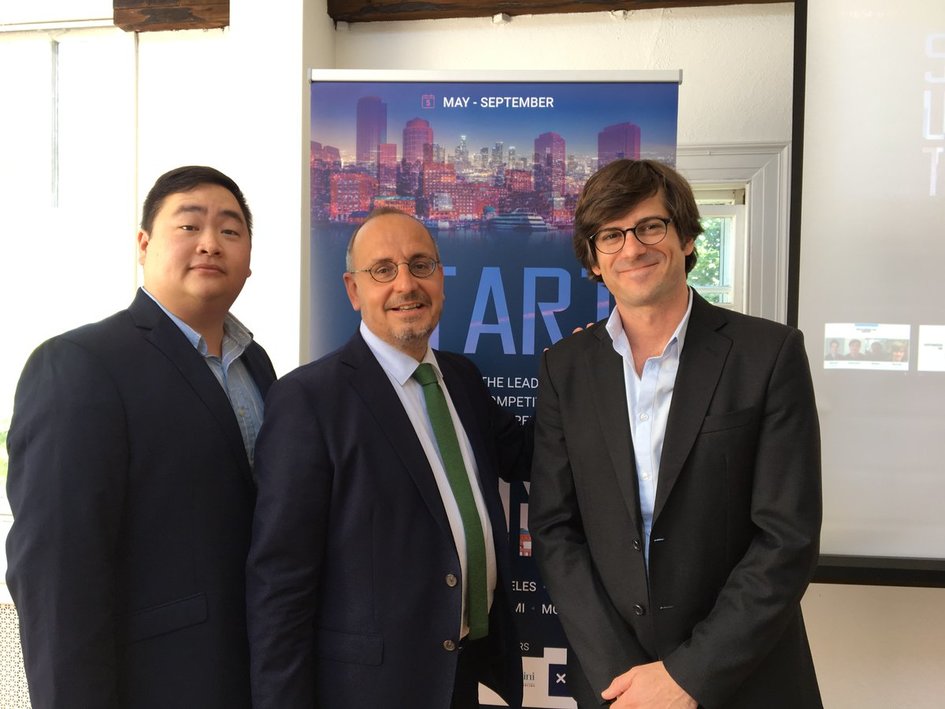 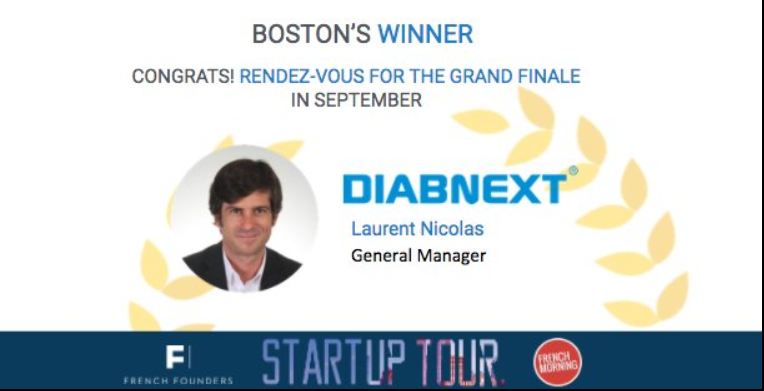 Check out French Founders StartUp Tour 2017 website: http://frenchaccelerator.com/startu... For more info about the US Tour 2017, you can also visit: http://startuptour.us/