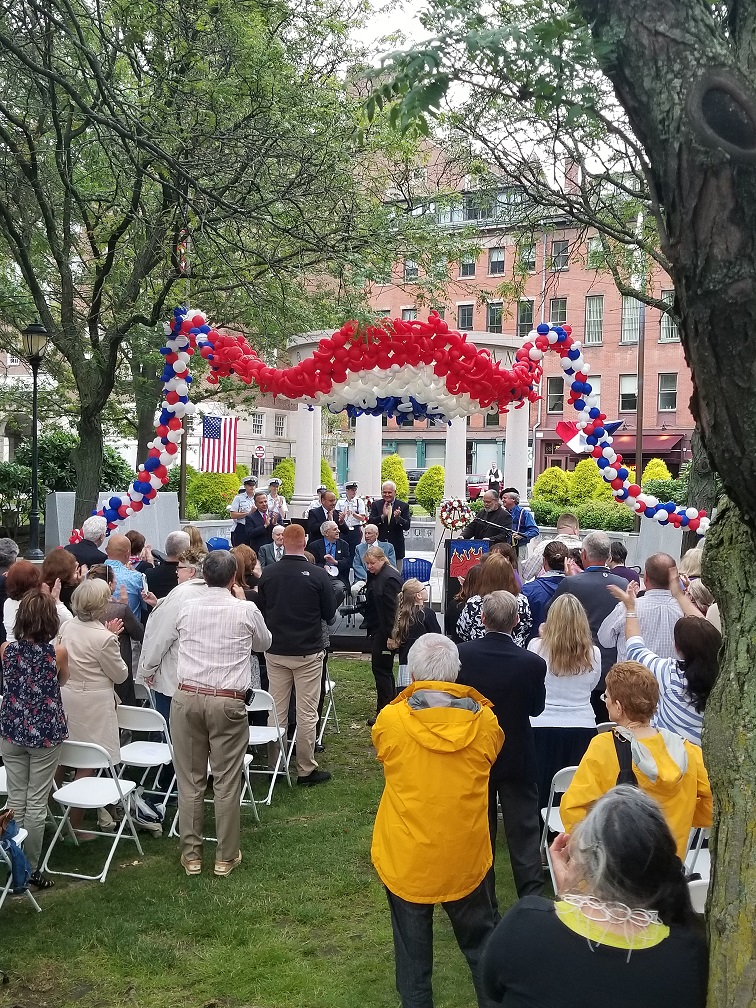 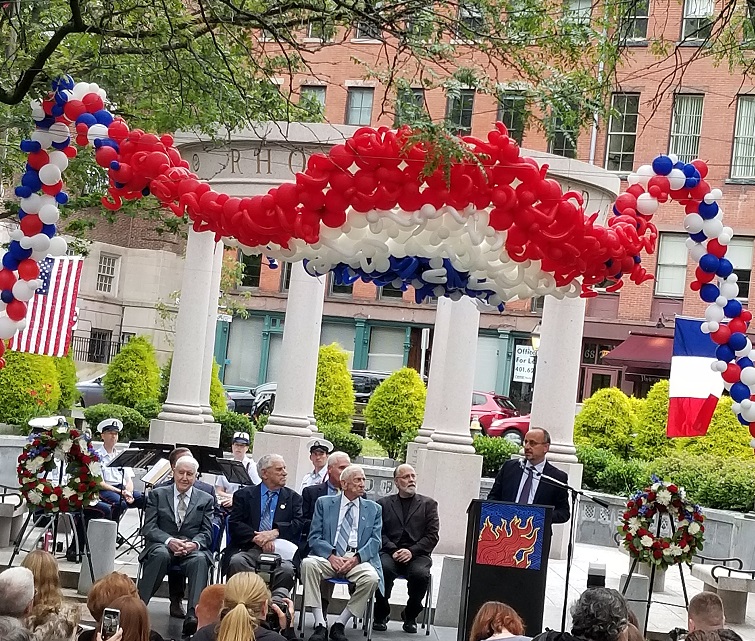 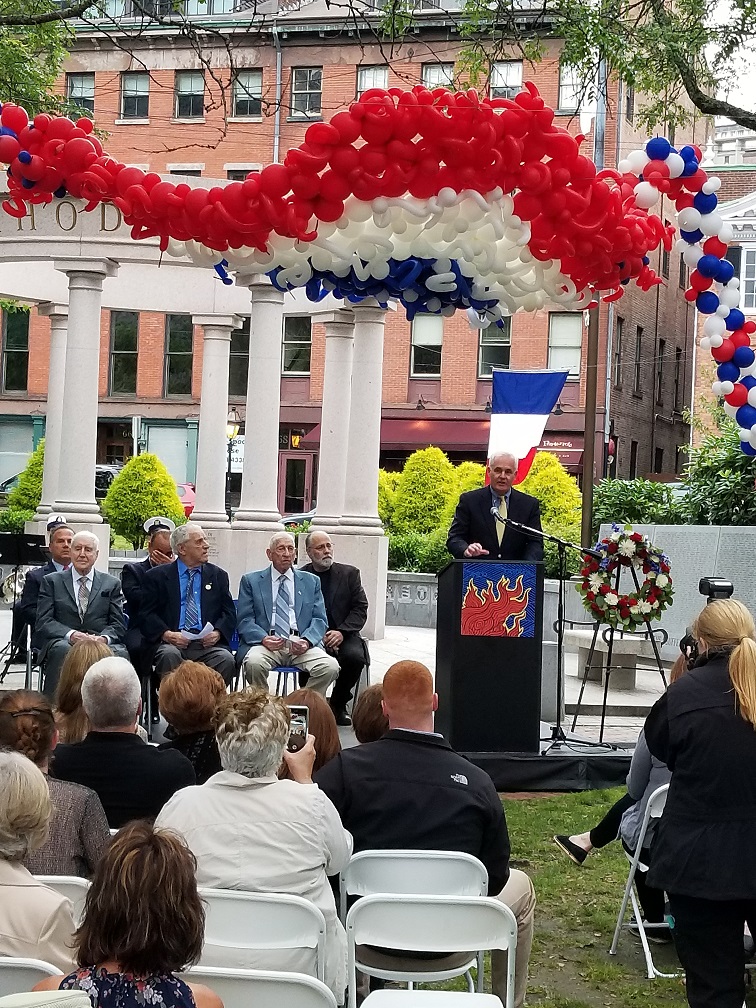 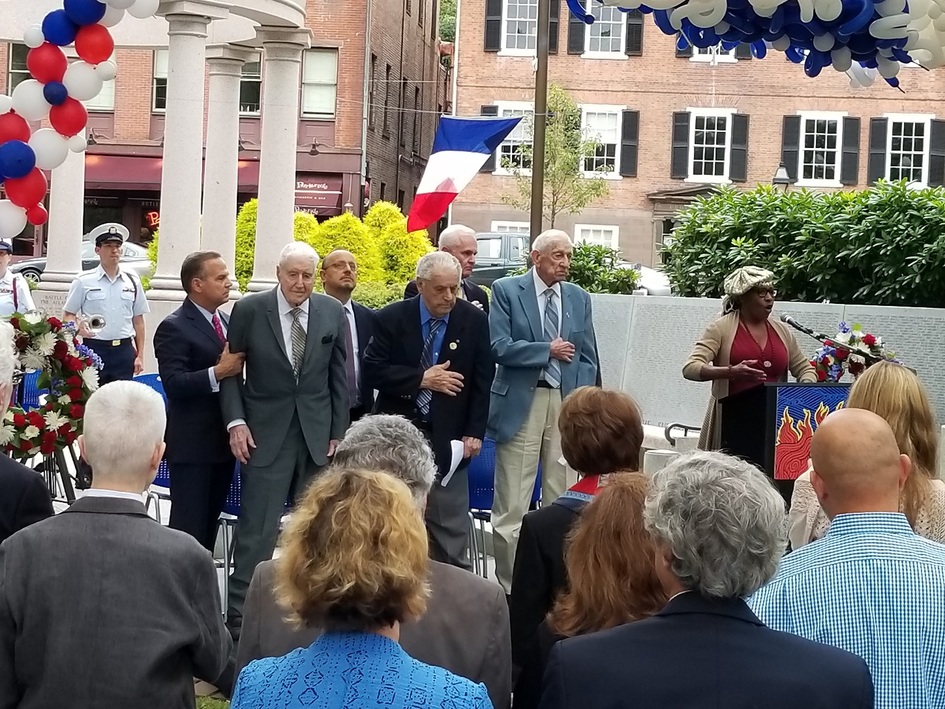 About the WWII American Veterans:

All three of them were selected to be awarded the Legion of Honor for their bravery and heroism, and for their outstanding contribution to the liberation of France in World War II.

Born in Newport, Rhode Island, Technician Raymond Gillis was inducted in the army on December 28th, 1942 as part of the 965th Field Artillery Battery C. Technician Gillis worked as a telephone lineman for the forward observation post in the regions of Ardennes, Normandy and Northern France. While stationed in Normandy, the 965th Field Artillery Battery C was chosen to follow U.S. General George Patton to a nearby bridge, in which they were fired on before arrival. Technician Gillis and his team stayed in Normandy for several days with the General before continuing various missions in France. Technician Gillis is a recipient of the American Service Medal, the Bronze Star Medal, the E-A-ME Service Medal and the Good Conduct Medal.

At age 19, Private Leo Heroux was assigned as an amphibious engineer in the Company A 48th Engineer Combat Battalion. A native from Lowell, Massachusetts, Private Heroux was stationed from March 8th 1943 to October 25th, 1945 where he cleaned beaches, built bridges and marked mine fields. Private Heroux participated in several battles and campaigns in France during the war, particularly in the regions of Ardennes, Normandy, and Northern France. He has been a recipient of the European-African-Middle Eastern Medal, the Good Conduct Medal and the Croix de Guerre. Bilingual in French and English, Private Heroux moved back to France in 1948 with his wife whom he met during the war. Today three of his children live near Avignon, France while another lives in Montreal, Canada. 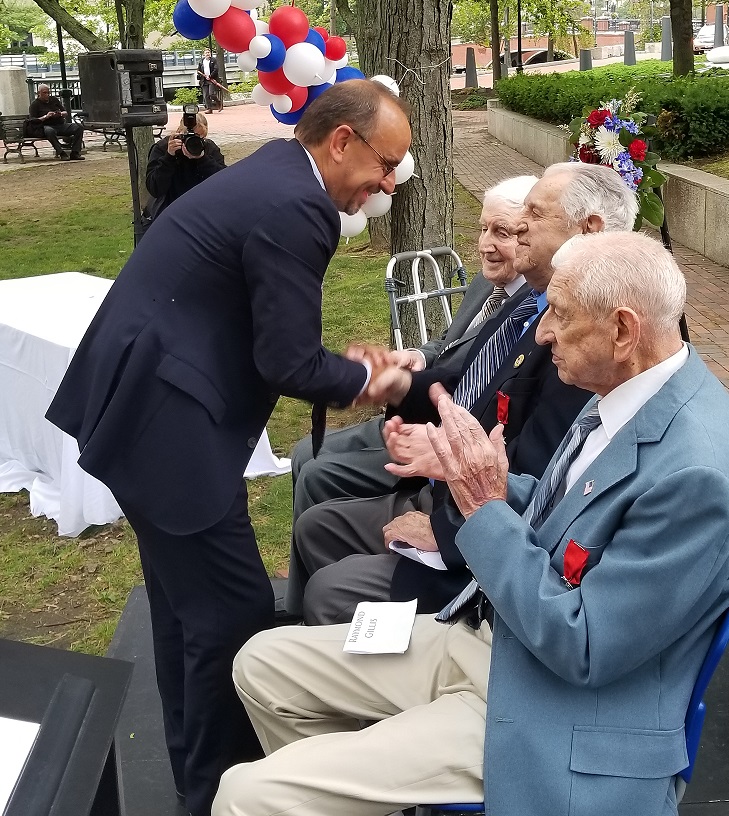 I am very pleased to be with you tonight, in this wonderful city of Providence, at the occasion of this gorgeous Water Fire event, to honor three American Veterans who fought during World War II in France, to honor three true American heroes: Lieutenant John Dunnigan, Technician Raymond Gillis, and Private Leo Heroux. Dear veterans, I’m so pleased to be with you tonight, along with your family, your friends, and the people of Providence, while we celebrate everywhere in my country, in France, our Bastille Day.

Tonight, we are gathered to pay tribute to your immense courage. Both the French Republic and the people of France remember every American soldier who helped them recover their freedom.

Tonight, we also celebrate the longstanding French-American friendship. Both the United States and modern France were born from a Revolution for freedom and democracy. And since the American Independence War and the French Revolution, from Yorktown and Lafayette to the beaches of Normandy, our two countries have always stood shoulder to shoulder to defend these shared values of freedom and democracy.

This year, we commemorate another symbol of this intangible friendship: the hundredth anniversary of the entrance of the United States into the First World War, in April 1917, along with the people of France. To commemorate this centennial, President Trump, at the invitation of French President Macron, has just attended the Bastille Day celebrations in Paris today. It was an exceptional official visit: beyond some different viewpoints at times, as President Macron stated: quote “nothing will ever separate France from the United States”. At a time when our common values are being attacked all over the world, I do believe that it is very important to reaffirm the strength of this friendship.

Dear Lieutenant John Dunnigan, Dear Technician Raymond Gillis, Dear Private Leo Heroux, you are true heroes and will be our heroes forever. We, French, will never forget what you did to restore our freedom. And today, we also remember the ultimate sacrifice of so many of your comrades who now rest on French soil. They will remain forever in our hearts.

In recognition of your heroic actions and extraordinary accomplishments, the President of the French Republic nominated you to the Legion of Honor, with the rank of Chevalier. Napoleon Bonaparte created the Legion of Honor in 1802 to reward extraordinary accomplishments and outstanding services rendered to France. It is France’s highest distinction and one of the most coveted in the world.

Here is a 30s video of the French National Anthem sang for the occasion: 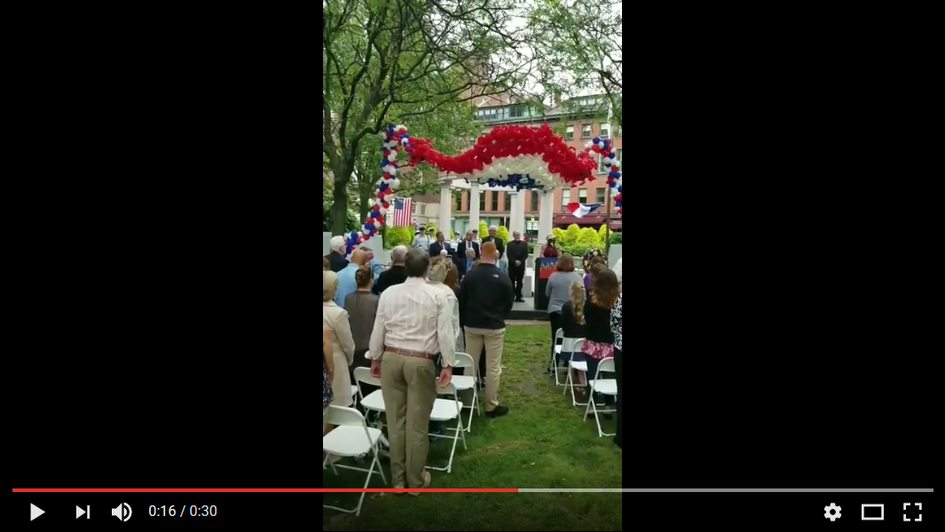 Established in 1802 by Emperor Napoleon Bonaparte, it is exclusively awarded in cases of exemplary military and civilian services. It is the oldest and highest honor in France. The Legion of Honor is awarded by decree of the President of the French Republic, Mr. Emmanuel Macron. Since the 60th anniversary of D-Day, France recognizes every year many American Veterans of the World War II for their courageous service. 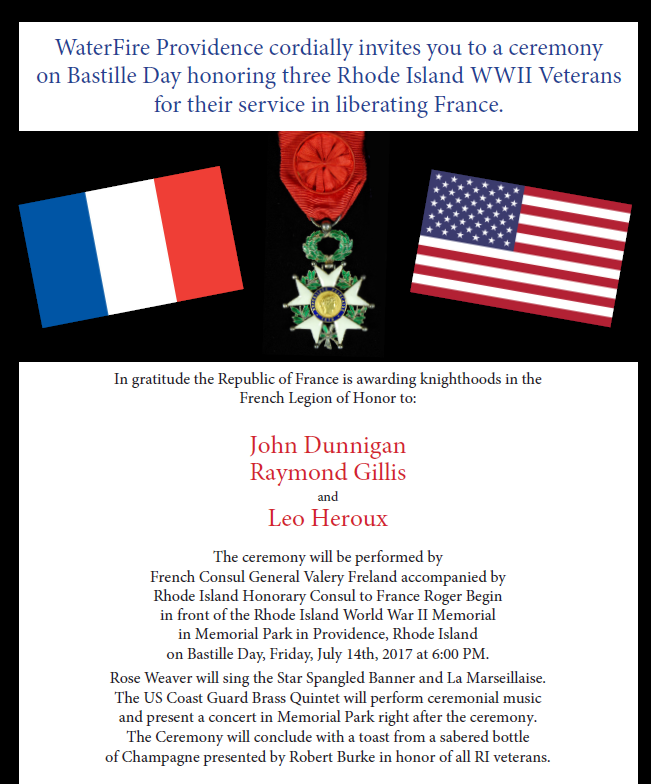 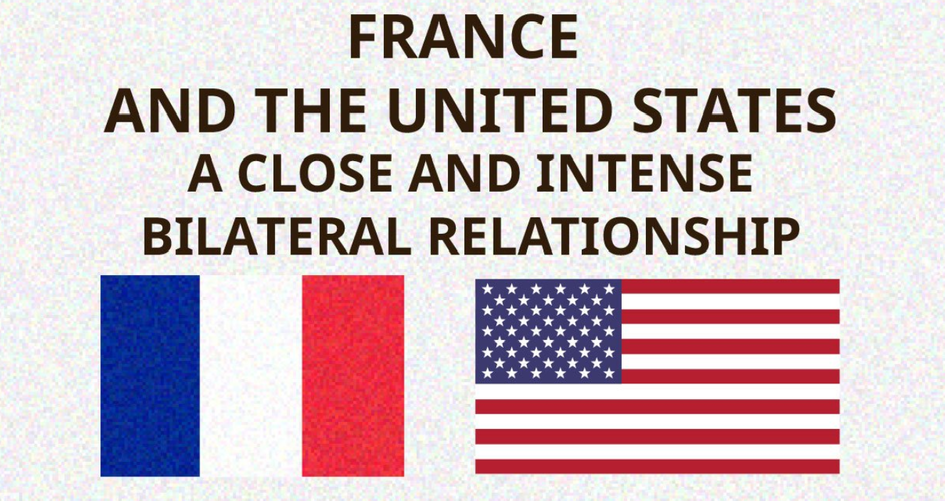