Join Valérie Pécresse, the President of the Paris region and Former Minister of France, in her lecture on contemporary Europe, "Delivering Change in the New European Context." 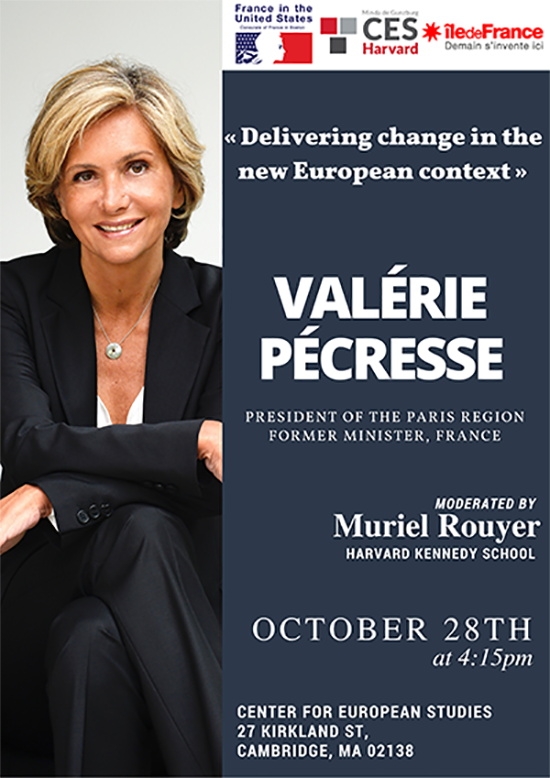 Valérie Pécresse will discuss how decision-makers can deliver important social and economic reforms in a challenging European context of rising populism and isolationism.

Hosted by the Center for European Studies at Harvard University, this event will be moderated by Muriel Rouyer, Harvard Kennedy School.

Valérie Pécresse is the President of the Paris region in France (since December 2015). This region is home to 12 million citizens and at $847 billion its GDP is the largest of any region in Europe.

She is a graduate from France’s leading business school (HEC Paris) and from the renowned Ecole Nationale d’Administration, the graduate school for France’s top civil servants. She started her career as a judge and was appointed adviser to French President Jacques Chirac in 1998, focusing on emerging technologies. She was appointed Minister of Higher Education and Research by President Sarkozy in 2007 and then Minister of Budget and Government spokesperson in 2011. She was also a member of the French National Assembly from 2002 to 2015.