This October, the “French Corner,” your monthly rendez-vous, is taking you to a trip around the beautiful region of Martinique, a French island located in the Caribbean Sea! 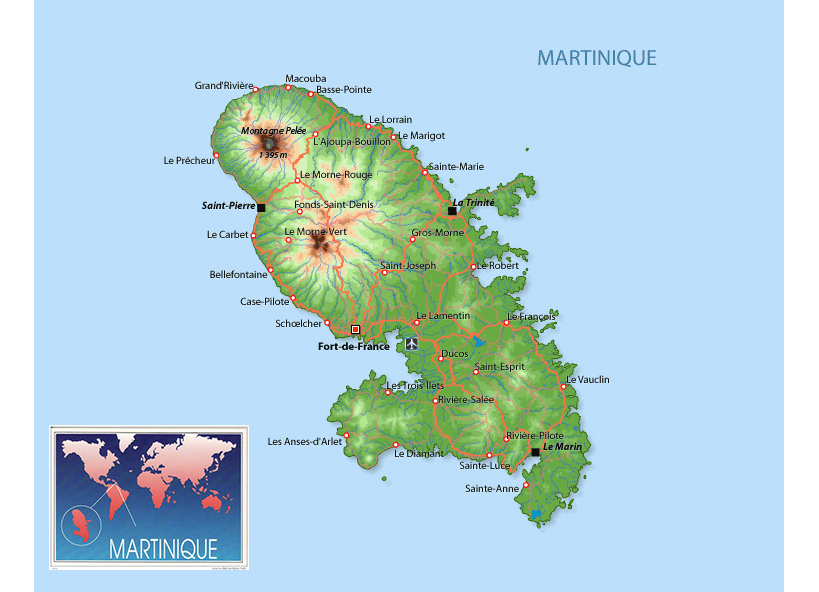 Martinique, an island of the West Indies located in the Caribbean Sea, is a French region. The total area of Martinique is 1,100 square meters. The northern part of the island is marked by volcanoes, mountains, and a tropical rainforest. At the northern tip of the island, Mt. Pelée, an active volcano, is its highest point at 1,397 meters. Pelée last erupted, twice, in 1902. The entire southern coast, on the other hand, is known for its beautiful beaches, making it a huge tourist attraction. On the West coastline, Fort de France is the capital city with more than 100,000 residents. The city is bustling with activity, including numerous forts, libraries, and La Savane, a large public park with a beautiful display of flora and fauna.

La Martinique was originally discovered by Christopher Columbus in 1493, but was never claimed by the Spanish. 142 years later, in 1635, French explorer Pierre Belain d’Esnambuc claimed the island for King Louis XIII of France. After several battles with native Caribs, the French took sole possession of the island and built up its economy using slave plantations. During the Napoleonic Wars, however, England took possession of Martinique up until 1815, when they traded it back to France following the conclusion of the war. Shortly after France regained control of Martinique, the French government signed the 1848 Emancipation Proclamation, ending slavery in the West Indies. In 1902, Mt. Pelée erupted and destroyed St. Pierre, the capital at the time, killing approximately 30,000 inhabitants. Consequently, Fort de France became the capital and the most prominent city on the island. In 1974, Martinique officially became a region of France.

Fort de France is the capital city. This vibrant city offers a variety of options for tourists. Fort St. Louis which is an interesting historic site still serves as an active naval base. There’s also La Place de la Savane, a popular public park where many cultural events and festivals are held. The park is full of unique flora and fauna. A statue of Empress Josephine, wife of Napoleon, is displayed on the northern end of the park. It has been beheaded in the 1990’s. 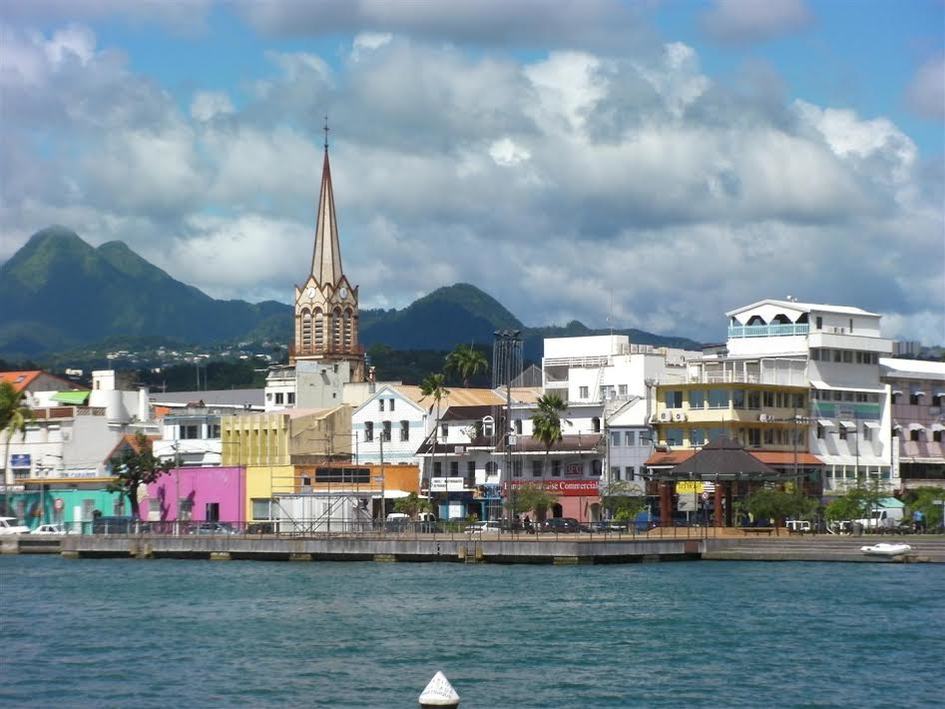 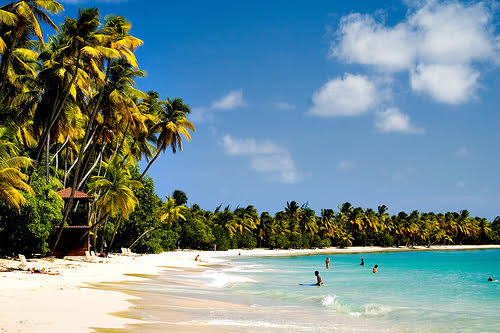 St. Pierre is the former capital of Martinique. Due to its historical significance, St. Pierre offers many different museums. The Musée Volcanic highlights the eruption that destroyed St. Pierre in 1902. It displays various artifacts and provides information about Mt. Pelée and volcanic eruptions. In addition to the museums, la “Distillerie Depaz” is located only 2 kilometers away from St. Pierre. At the distillery, the rum making process is explained and can be tasted.

Martinique also attracts tourists looking for beautiful and adventurous hikes in an exotic nture. The rainforest and some special natural spots are protected as a regional natural park. The mangroves, those forests growing in coastal saline water, offer a wonderful landscape for kayaking, with the opportunity to have a different look at some cities like Lamentin or Ducos. Many people also choose to climb the volcano, which can be quite a sporting challenge. 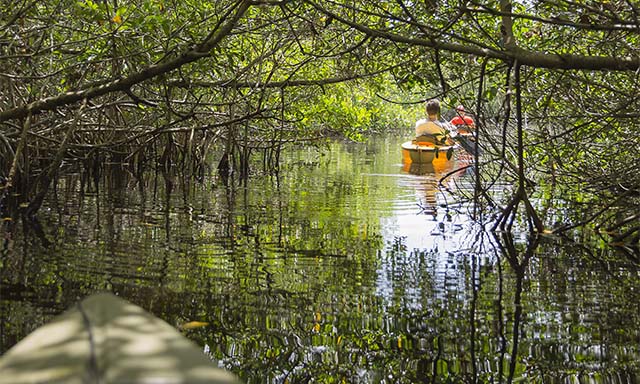 Martinique cuisine is heavily influenced by French and Creole culinary styles. Many dishes are seafood based including cod, conch and octopus. Fruit and vegetables are all grown on the island. Bananas, pineapples, mangoes, coconuts, and apples, along with cabbage, yams, gumbo, and manioc, are part of most recipes. Also popular is “Rhum Agricole”, a rum made from sugar cane juice instead of molasses. The rum distillation in Martinique dates all the way back to 1694 with Jean-Baptiste Labat, a Dominican priest from Paris. When he arrived to St. Pierre, he brought with him new distillation techniques that are still used today, and they are what makes Martinique’s rum unique! Sugar cane was produced in slave plantations until 1848, and a museum, La Savane des Esclaves, located in the southern part of the island, is now paying tribute to the slave’s culture and work during that time. Rum is drunk during different holidays and festivals, including the carnival, a four-day parade with masquerades and music. Rum, along with bananas, is also one of the chief exports of Martinique. 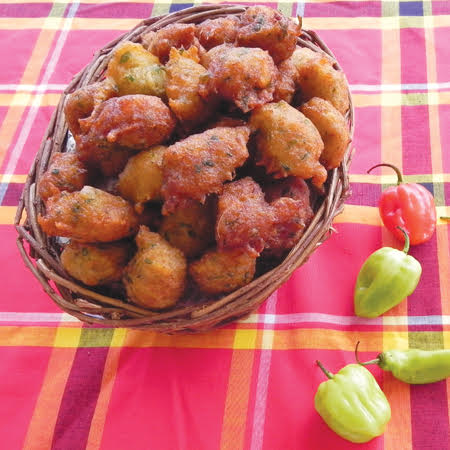 Flights To and From