On November 22nd, November 27th and December 2nd, three American WWII Veterans from New England were selected to be awarded the Legion of Honor for their bravery and heroism and for their outstanding contribution to the liberation of France in World War II.

"We will never forget what you did to restore our freedom! To us, you are true heroes." said Consul General Valéry Freland. 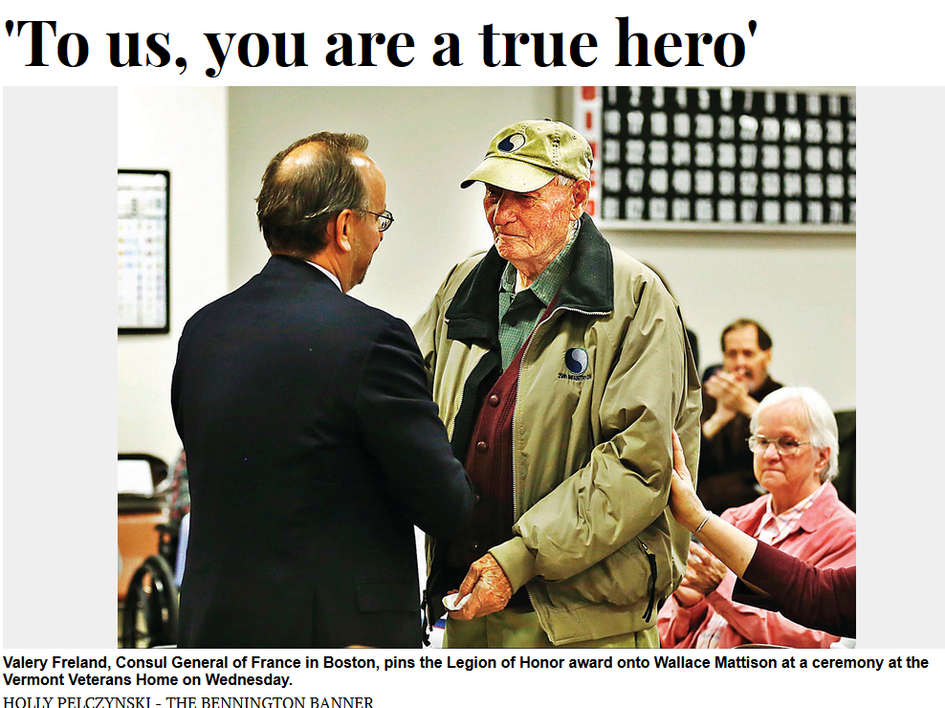 Private Wallace Mattison, born September 5, 1924, in Bennington, VT, served in the 29th infantry division, 115th regiment of the U.S. military. Incorporated on March 9, 1943, Private Mattison worked as a light machine gunner, serving on the front line of the Normandy invasion and participating in the Battle of Saint Lô and the Battle for Brest. During the Battle for Brest, Private Mattison was shot while advancing on a German garrison, the bullet barely missing his spine. Upon recovery in February of 1945, he continued to serve, participating in the capture of several German cities. Private Mattison was awarded several honors during his service, including the Good Conduct medal, the European African Middle Eastern Campaign ribbon, the American Theater Campaign ribbon, the Victory medal as well as a Purple Heart.

Please enjoy the very nice article by journalist Derek Carson in the Bennington Banner about the ceremony in Bennington, Vermont: http://www.benningtonbanner.com/sto... 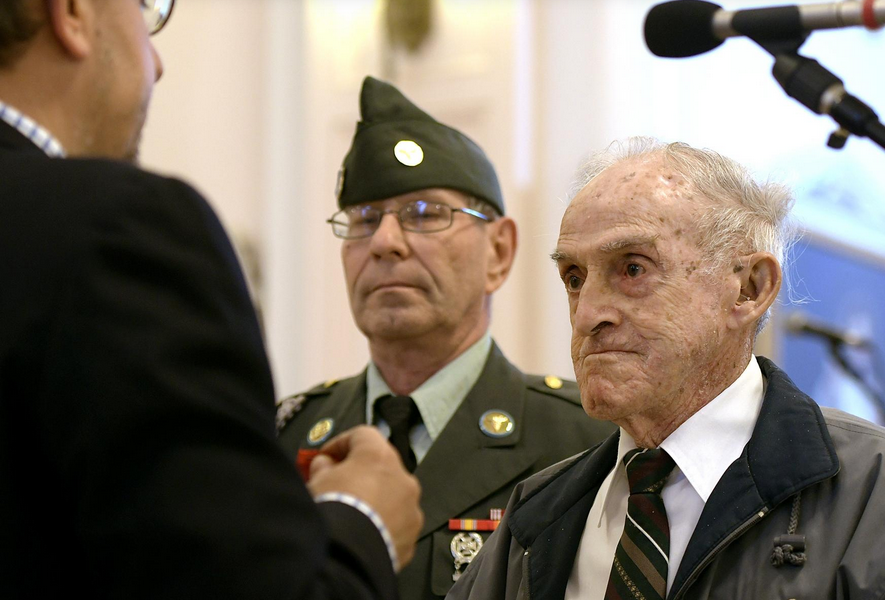 Private Joseph Laplante, born December 8, 1923 in North Oxford, MA served as a truck driver in chemical warfare for the 57th Chemical Maintenance Company. Private Laplante was inducted in the U.S army on March 29, 1943 and served until October of 1945. Private Laplante and his comrades were stationed at Utah Beach in France in 1944 before departing to Rennes. On Christmas Eve of that year, Private Laplante was severely wounded while pursuing German paratroopers through a minefield in Germany. After being operated on in England, Private Laplante returned to Germany where he resumed combat. Today 93-years-old, Private Laplante said, “I really don’t deserve anything. It’s something we had to do. I would have done it again tomorrow.” Private Laplante was awarded several honors during his service, including the Good Conduct Medal, a Purple Heart, and the European African Middle Eastern Theater Campaign Ribbon.

Please enjoy the very nice article by journalist Brian Lee in the Telegram & Gazette about the ceremony which took place in Webster, MA: http://www.telegram.com/news/201711... 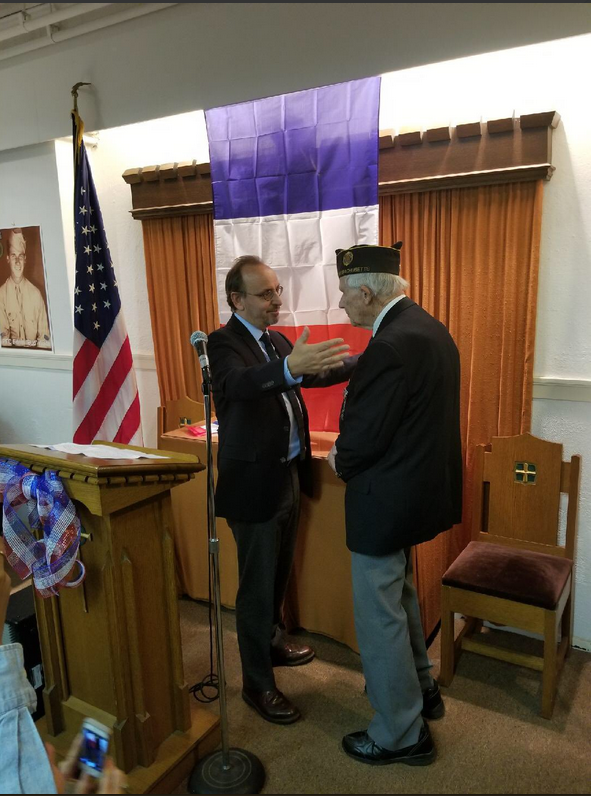 Private Edwin Waite, born October 22nd, 1925, in Millis, Massachusetts, served in the Company L, 260th Infantry Regiment from July 1944 to August 1945. Stationed 16 months overseas as an automatic rifleman, Private Edwin Waite participated in assaults on enemy positions in France, Germany and Austria. After arriving in Metz, France, the 260th Infantry Regiment joined General Patton’s 3rd Army in an attempt to breach the Siegfried Line. While on the march, the division liberated four concentration camps, including Mauthausen and Ohrdruf. The division was credited as one of the fastest divisions marching the furthest distance in the European Theater.

Private Edwin Waite was honorably discharged on May 3rd, 1946. For his service he received the European African Middle Eastern Theater Campaign Ribbon, the Good Conduct Medal, the Victory Medal and the Army Occupation Medal. 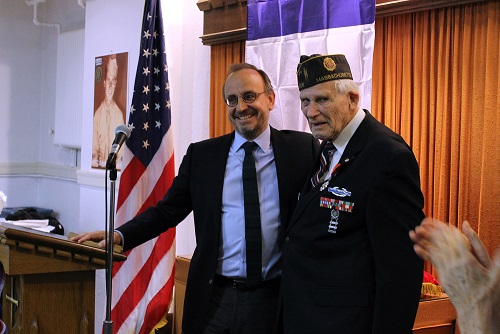 Napoleon Bonaparte created the Legion of Honor in 1802 to reward extraordinary accomplishments and outstanding services rendered to France. It is France’s highest distinction and one of the most coveted in the world.